Posted on January 26, 2012 by dansil
Posted in Blog, Living In, Property market 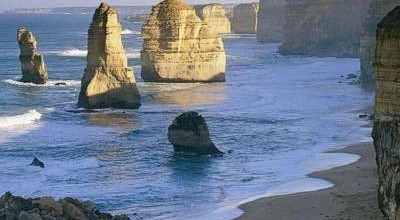 On January 26 every year, Australians come together to celebrate Australia Day.

So what’s it all about?
On January 26, 1788 Captain Arthur Phillip took formal possession of the colony of New South Wales and became its first Governor.
Since 1946, the Commonwealth Government, States and Territories agreed to observe Australia Day on the Monday closest to January 26. In 1994 however, all the states and territories endorsed the suggestion to celebrate Australia Day on the precise same date every year, January 26.

Today, January 26 represents a day to remember not only the day of official European settlement on the Australian continent, but to reflect upon the overall history of the country, a time to reflect on the spirit of the nation and what it means to be Australian.

Australia is the world’s largest island continent (6th largest country) and the only continent to be ruled by one national governing body. Eighty percent of Australia’s population live within 100km of the coastline, and around 2/3rds of the continent is considered arid or semi-arid. For 40,000 years the world’s oldest living indigenous people, Australia’s aborigines, have defined the largest part of this country’s culture and spiritual heart – a culture tied inextricably to the land, to all its flora and fauna.

Today, Australia considers itself a multicultural melting pot and a rich tapestry of nationalities, home to immigrants from over 200 countries and people that speak over 200 languages (including 45 Aboriginal dialects remaining). Australia’s political and economic climate is very stable, well developed, with a skilled workforce and many educational opportunities, it provides opportunity for all that call it home.

Traditions on Australia Day are many and varied, including dawn remembrance services, aboriginal history and cultural recognition services, the Australia day address by a prominent public figure, a ferry boat race on Sydney Harbour, Darling harbour family activities and a fireworks display. At the very least there is always national sport on Australia Day, being cricket and tennis, and for millions of Australians the day simply consists of simply getting together with family and friends around the BBQ or at a park for a picnic.

You can read more about the History of Australia and Australia day, as well as many scheduled activities, at Australiaday.com.au

For help getting a mortgage, send us a message with your mortgage need and current situation

Aussie Finance & Property the future belongs to those who believe in the beauty of their dreams...